This webinar represents a journey of rediscovery in our learning, unlearning and relearning of how and why teachers stay and work together in staffrooms in Japan, China/Shanghai and South Korea, with a focus on those in Japan.

We started some twenty years ago with a doctoral coursework task we posed for ourselves to study how staffrooms become sites for teacher learning in these three countries.

In an effort to identify East Asian as Method today, we have broken away from the shackles of a certain set of Western-dominated lenses to reexamine teacher staffrooms, particularly those in Japan and China, as activity systems situated in three-dimensional spaces in which tool-mediated interactions and discourses as one central dimension against the interplay of the other two dimensions: the physical setting (space) and time (historicity).

It is the embedded contradictions in the working structures that drive the activity systems forward when the staffroom inhabitants perform their roles and responsibilities on a daily, weekly, semesterly and yearly basis. To address the contradictions, boundaries are made and crossed and remade and crossed again and again in addressing the contradictions between administrative and teaching related practices, between the public and private spheres, between grade levels and subjects, the curricular and extracurricular, the school-oriented and community outreach, and so on.

With roles and responsibilities distributed across multiple participants, moderated by shared rules and norms, and supported by organizational arrangements under one roof, the constant boundary making and crossing activities are made fluid, democratic and efficient while underlying emotion and identity making is negotiated and regulated moment to moment and over time. Peripheral participation of newcomers is limited when novices move quickly to central participation with no restrictions of access to the tools, resources and discourses of old timers. Japanese staffroom can thus be viewed as a combination of paradoxes: as “a virtual disturbance and innovation producing machine” (Engstrom, 2002) in handling routine duties and manage changes and reforms which is made possible against a highly stable bureaucratic structure resistant to change across history; its practical and pragmatic orientation revolves everything around work and practice hectically yet rhythmically; its crowded messy physical layout and hustle-bustle work pace co-exists in amazing harmony with the private engagement and the emotional undercurrents. Compared with staffrooms in China where teachers’ self is given more consideration in recent years when it is economically able to afford more space and better furnishing to the staffrooms.

Equipped with a newly forming East Asian as method, such reexamination would promise a better appreciation of ourselves, who we are as teachers, making richer meaning of our lived experiences as distributed in space and time. Under the seemingly unchanging confinement of the bureaucratic structures of teacher staffrooms and mundane daily routine tasks, we notice pockets of workplace innovation and life-making… 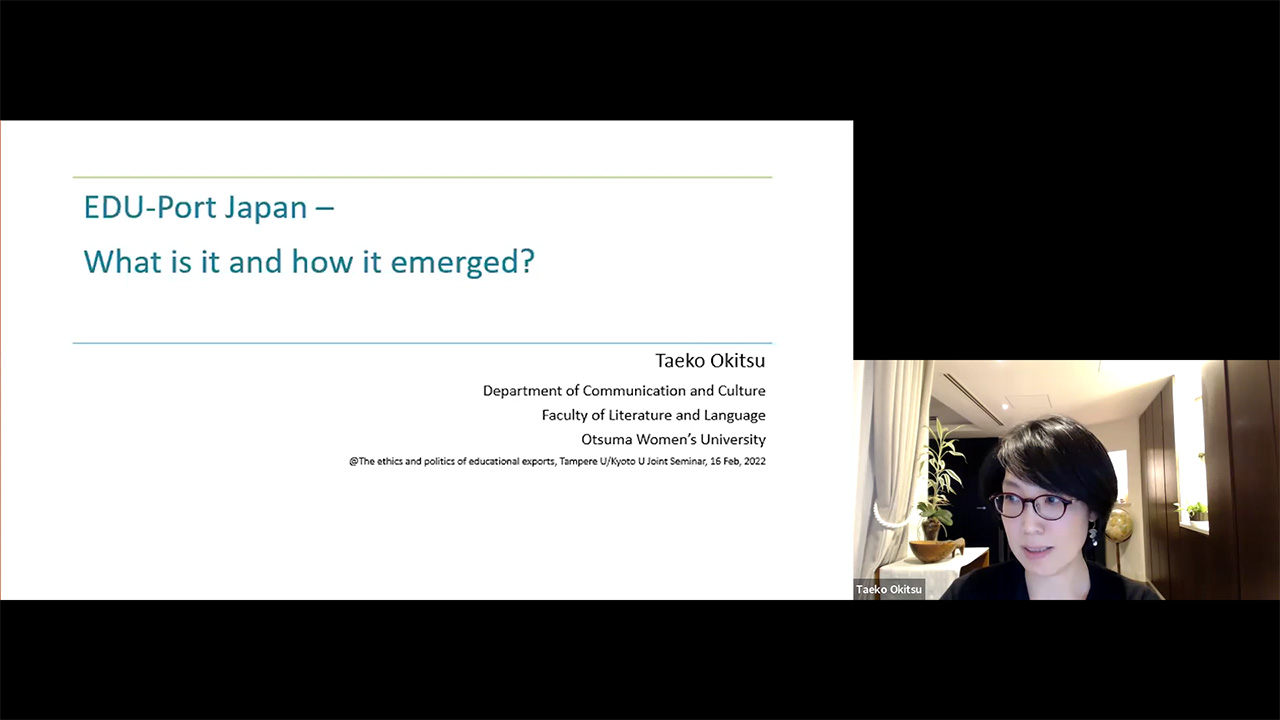 Public Lecture
Online seminar: “The ethics and politics of educational export: Japan and Finland in a comparative perspective” 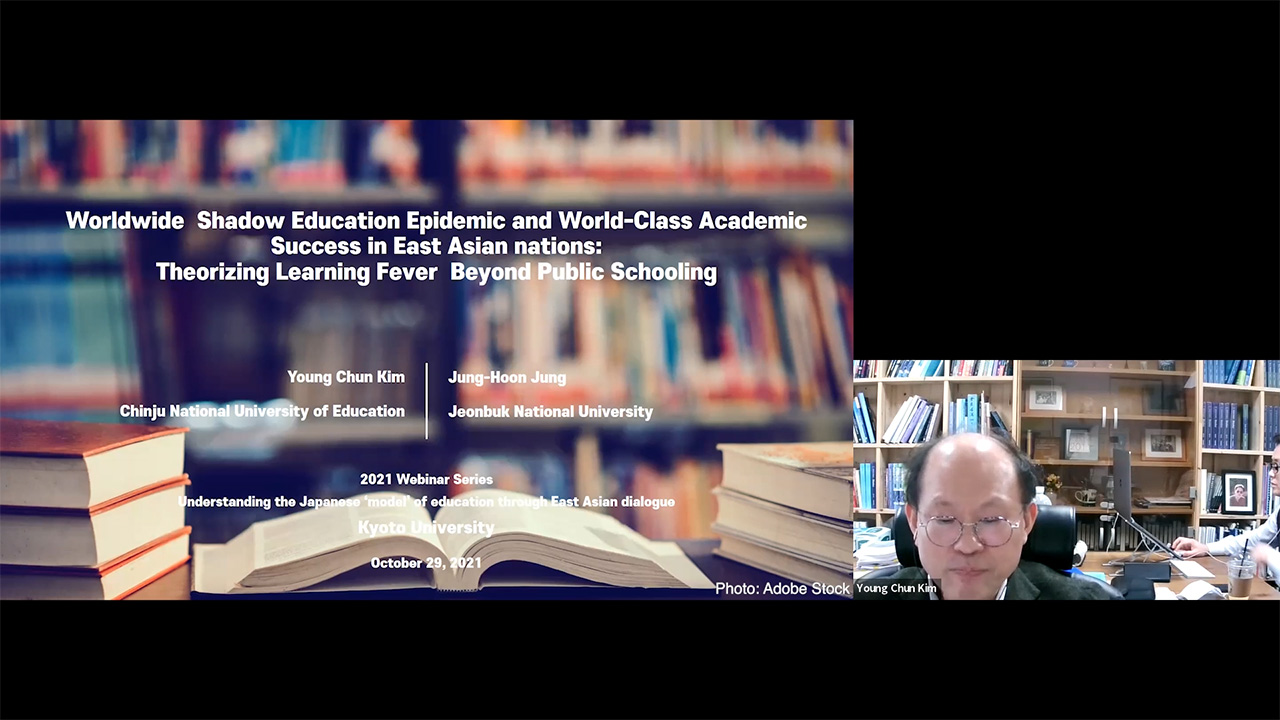 Public Lecture
2021 Webinar Series 2 “Theorizing from Japan and East Asia in comparative sociology of education: Beyond particularism and quasi-universalism” 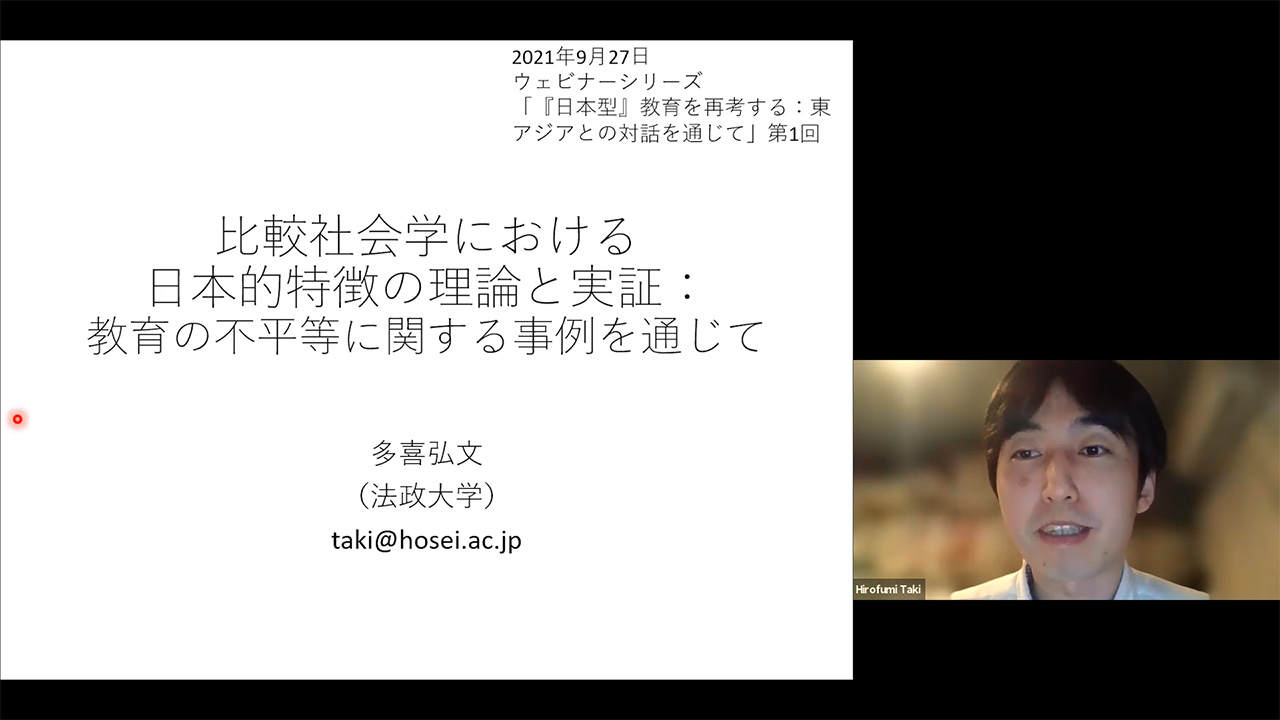 Public Lecture
2021 Webinar Series 1 “Theorizing from Japan and East Asia in comparative sociology of education: Beyond particularism and quasi-universalism” 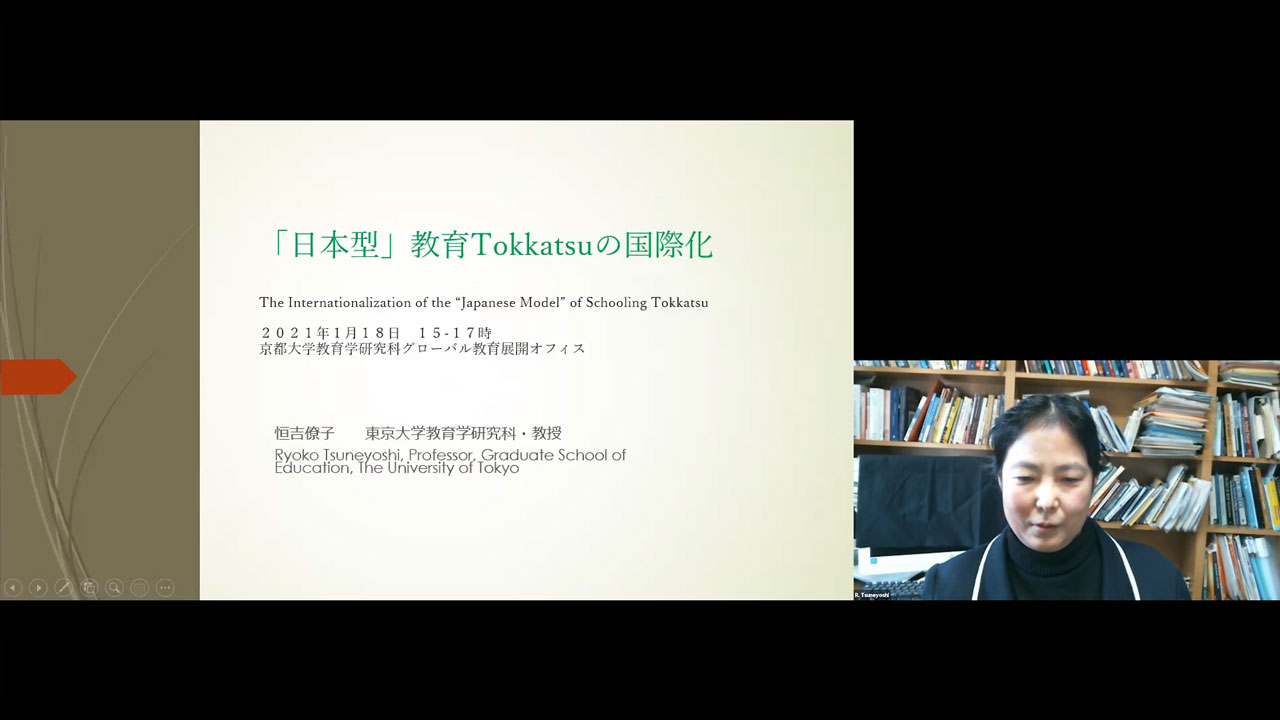